Read about what we're building! 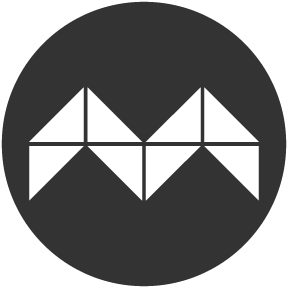 MHub Co-founder Jason Ding expects a surge in demand for properties following the reintroduction of the Home Ownership Campaign (HOC), which will run until 31 May 2021 and offers home buyers good deals, discounts and rebates.

“Therefore, developers, real estate agents, bankers and lawyers need to speed up their digital and online adoption to remain sustainable and relevant in the market,” he said in a Bernama interview.

“As a property technology (proptech) and Qnancial technology (Qntech) platform, we are here to cater to all stakeholders’ needs and will help to streamline and simplify processes through our applications (apps).”

MHub’s suite of apps has registered more than 17,000 bookings for 470 projects valued at RM73 billion by over 70 developers to date.

The platform, which is operated by TRB Ventures Sdn Bhd, provides ecosystem solutions aimed at expediting, simplifying and saving costs in property transactions.

Ding revealed that MHub recently facilitated IJM Land Bhd’s live- stream online balloting session as well as digital unit selection for Starling Phase 1 units of its Bandar Rimbayu project. Streamlined via the Bandar Rimbayu Facebook page of IJM Land, the Qrst-ever live balloting session “took about just one and a half hour while booking selections were concluded within minutes”.

Ding said it was “pretty fast” given that it take days to complete when done the usual way before the movement control order (MCO).

Describing MHub as relevant to the new normal of automation and digitalisation, Susan Teh, Sales and Marketing Assistant General Manager at IJM Land, said the platform helped the company adapt to the needs of its customers.

Bernama also reported that MHub had collaborated with Matterport to include the Virtual Walkthrough feature, allowing buyers contactless property viewing on the platform.

Although it is focused on business-to-business (B2B) service within the primary market, Ding said MHub also plans to expand in the secondary market.

MHub is also in talks with industry players like policymakers, the Real Estate and Housing Developers’ Association (REHDA) Malaysia, relevant authorities and agencies towards making digital signing a reality for the market.

Commenting, REHDA President Datuk Ir Soam Heng Choon believes that digital signing should be made part of the Housing Act.

“As a developers’ association, we recommend the Housing Ministry to make it part of the Act, or the regulation that enables it. I think it is important under the new normal condition,” he said.